As of today, we have paid off all $113,000 of our student loans, auto loans and credit card debt.

We are debt free!!! (except for that pesky mortgage) 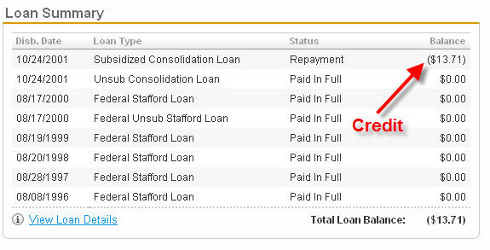 I’ve also updated our debt scales on the right so we now only have our mortgage. I’m not listing our primary mortgage since we’re nowhere near paying it off as we’re working on our second mortgage instead.

After going through my archives, I realized that I never told you all that I paid off my Honda Ridgeline truck loan in May of this year! How did I miss that? Actually, we were traveling non-stop in April and May, so I can see how I missed it, but it was a momentous occasion. I’ve had a car loan on various cars since 2001 (senior year of college) and I have now been payment-free on both our cars (2006 Honda Ridgeline and 2005 MINI Cooper) for about 6 months now! I paid the loan off about 3 years early.

If you recall, back in 2007, we paid off our Chevy Malibu (4 years early), then promptly sold it a few months later. We went about a month with our old 1997 Pontiac Grand Am before I stumbled across the exact MINI that my wife has been longing for…used. We used the funds from the Malibu sale, along with savings to pay off the loan on the MINI in about 2 months.

For college, I chose to go to a state school (Penn State), but I wasn’t prepared financially to pay cash, except for a $4,000 scholarship I obtained, and neither were my parents. Therefore, my parents took out loans in my name for the tuition, and they took just right loans out for themselves to pay for my housing. After 5 years of college (I changed from Accounting to Operations & IT in my senior year), I left with about $20,000 in student loans.

On the flip-side, Stacie went to a private college that cost about $25,000 per year (it’s over $30k now). After 4 years, she received degrees in biology and communications, and then continued directly for her Masters in Nutrition Science at Penn State. Since the masters position was research focused, it was paid for by the university, and they even paid her a stipend. But the funny thing is that she left with about $20,000 in student loans as well, and she got the masters too.

We paid off Stacie’s student loan in April, 2008, and then finally this past week, we paid off my student loan. I actually had 6 loans originally and consolidated down to 2 years ago on a 15-year term. It took me 13 years from the first loan issue to pay them all off, but really they didn’t become payable until 2001. Therefore, I paid them off about 7 years early!

Actually, I’ll hold off on writing more of our story until a later date. For now, I’ll just let it sink in that all the debt that kept me up at night and prompted dreams of winning the lottery just to pay it off is now gone. While it would be nice to win the lottery to pay off our mortgage, I’m not worried anymore. The weight is gone, our bank accounts are now filling up more quickly than ever and best of all…FOR ONCE WE HAVE A PLAN FOR OUR FINANCES!