Our Journey to Debt Freedom: Graduation through Engagement 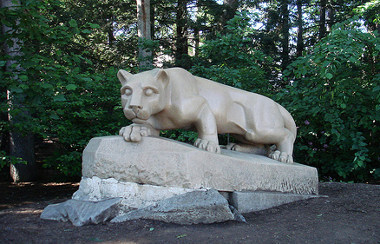 First, though, let me take you back to May, 2001 when I graduated college and moved from PA down to the Washington, D.C. area for my first job. In the intro article to this series, I told you I left with about $15,000 in credit card debt and $20,000 in student loan debt, and I told you in this article I left with a shiny new $20,000 Saturn L300 car. That means I was in the hole about $55,000, just a few thousand more than what I was making per year in my first job. Not a good debt-to-income ratio! (although yes, I did make a great starting salary)

Finding a place to live…and another new car


After graduation, I moved away from my friends and family to D.C. Luckily, a friend’s cousin owned a home about 20 miles from my work and was willing to rent me a room for a good price: $300/mth plus utilities. I couldn’t really find a room much cheaper than that, but just two months after I moved in, I found something on which to blow my extra income: a shiny new Acura TL-S. I traded in my 9-month old Saturn, and lost $6500 in the process, but ended up with a status symbol. The only problem? My new status was “Deeper In Debt”.

So, just 2 months after graduation, I went from about $55,000 in debt to about $70,000 in debt (the Acura was also more expensive than the Saturn), and I wasn’t increasing my income to match my spending.

Putting a hold on the credit cards

Obviously I had a problem. I was paying pennies in rent, and I was making an excellent starting income for a new college grad, but I was barely able to pay the bills. I had to do something drastic. While it never occurred to me to just sell the Acura and get a clunker (since I would probably walk away $10,000 in the hole, plus the cost of the clunker), I did do one smart thing: I stopped using credit cards.

I vowed to not use my credit cards again until I paid off the debt. While I slipped a few times to buy some Christmas gifts or maybe a nice meal out with my girlfriend (now my wife), I was true to my promise. I didn’t have to freeze them in a block of ice; I just locked them away in a safe.

However, stopping the use of credit cards only slowed my extravagant spending. Instead of taking on more credit, I was still blowing my paycheck on lunches at Indian buffets, gadgets and other junk, but I just used a debit card instead. Fortunately, I was smart and used Quicken to track my spending. I never bounced a check or incurred an overdraft fee, and I knew how much money I had in the bank and how much was needed for the next few months.

So while my debt accumulation slowed, it was still growing.

One of my first articles here on Clever Dude was titled “Got too much credit card debt? Rotate it!“, and that’s what I did…for years. While the credit market was good, I just kept taking on new credit cards at 0% interest and transferring my balances. I went years without paying any interest, but I did have to pay the transfer fees. At least I could start chipping away at the debt faster without having half my payment, or more, going towards interest.

As an aside, I will say that since I have never missed any debt payments, even when I was struggling during college, I’ve maintained a clean credit history. If I had spots or stains on my credit, I wouldn’t have gotten such good offers, and I may still be paying off the credit cards. It’s a lesson to you to always pay your bills on time!

Back to the story. So, my credit card debt is now out in purgatory, waiting to be paid down. But then April 2002 comes around.

I decide to propose to Stacie. And what comes along with the proposal? Yep, a big, shiny diamond ring. I was a 24-year-old kid who was all about appearance, and that led me into more debt. I dished out $thousands for Stacie’s engagement ring, not even considering whether she wanted such a large ring. And guess how I paid for it. Yep, more credit card debt!

My Salvation: My Future Wife

In late 2002, Stacie moved down to D.C. for an unpaid internship and we moved in together (gasp!). Instead of just getting secondhand furniture, though, we splurged on brand-new furniture totaling about $3,000 (on store credit for 0%). By now, I’ve hit over $20,000 in credit card debt and still haven’t matched the increased spending with increased income.

And we still have a wedding for which to pay! And we’re also living on 1 salary.

As I mentioned, Stacie’s internship was unpaid for 10 whole months, but I didn’t mention that our new place’s rent was now $1000 per month, not the cheap $300 I used to pay at my friend’s place. My income had gone up a few thousand dollars and, luckily, we had enough “discretionary” income after the minimum payments that we could stash a bit away into savings for our wedding as well as spend towards paying down our debt faster. But it was tough. We (I) wanted more than our little 1 bedroom apartment, but we were in no position to buy a house. So we just kept plodding along, stressing out over our debt load, and trying not to get into much more debt.

So, why was my future wife my salvation? A few reasons:

For my part, I was always told that money “burns a hole in my pocket” because I just HAD to spend it as soon as I got it. My one redeeming quality? I have a sense of duty. When I promise you that I’ll do something, I’ll do it, and I don’t want to let you down either. That goes for paying off debts, paying utilities, helping friends move, or finishing a masters degree. However, if you don’t hear me say “I promise” or have it in writing, then there’s a chance I won’t do it. That’s my bad side; I don’t like to commit because I want an easy way out without feeling guilty. So, now you know how my mind works.

Don’t get me wrong, we had our arguments over money. Some pretty heated arguments too. But, unlike many other couples, we talked a lot about money before marriage so by the time we got married, we were at least in halfway agreement. I agreed to accept a shared checking account (without separate accounts), and she agreed to, um, hmm, not sure what I got out of the deal since she already had the sound financial mind. Anyway, we knew where each other stood and we found some common ground before we truly committed to each other. While it doesn’t sound romantic, talking about it before marriage, in real and plain terms, has helped us tremendously during the past 6 years of marriage.

In the next article, I’ll talk about the months leading up to our wedding, including a decision that nearly resulted in our separation.