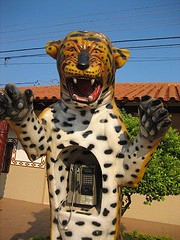 I caught this article from the Baltimore Sun about pay phone decline hitting the homeless. Honestly, I don’t remember the last time I used a pay phone, except while in Ireland for our honeymoon 4 years ago. It was an awkward experience as I couldn’t even remember if I dialed or put in the money first.

The article highlights that not everyone has a home phone, a cell phone, or even a home. I really have overlooked the part of the nation that actually can’t afford a phone and just assumed you could reach everyone at every time. How naive of me.

With the increased use of cell phones, we in the middle class are considering whether we even need a home phone, but many Americans are on the losing end of this “explosion” because pay phones are simply dying out. As the article mentions, the homeless need a phone number for prospective employers to call. They can either give out the number at the local shelter or the local pay phone. With the shelter, though, the employer will know the applicant is homeless.

But not all is lost for the homeless. The homeless can still get a cellphone by using a pay-as-you-go plan, but it’s costly when you don’t have an income. From the article:

Such plans tend to cost more per minute. Verizon Wireless customers who sign a two-year contract can get 450 minutes a month for $39.99, said company spokeswoman Sherri Cunningham, a cost of less than 1 cent per minute. Pay-as-you-go customers pay 2 to 10 cents a minute, plus an access fee of 99 cents to $2.99 each day they use their phones, she said.

So it seems the pay phone is still the best option financially for the homeless or low-income earners. And where do they get email access? The library. How about voicemail? Community Voice Mail. And how are these all funded? By YOU, via donations and taxes (for the library). Now you know that perhaps that homeless man asking for change really just needed it to find a job, or call home to his family.

The lessons here are:

1. Don’t assume that everyone has access to what you consider “the basic necessities”. Sure, there’s a cell phone for just about every adult in the United States, but that doesn’t mean they’re distributed that way.

2. Consider giving some spare change to that homeless man or woman on the street. I know it’s very easy to just assume they’ll use it for booze, or that they “shouldn’t be so lazy and get a job”, but that quarter might be their one chance for a job.