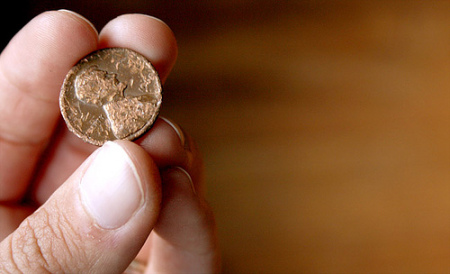 Unsurprisingly, to many people, “frugality” is synonymous with “cheap” or “stingy“. You hear about your frugal grandparents when they lived through the Great Depression, pinching every penny just to make ends meet and stay alive. But what about when it’s not about life or death? What about just saving money, getting a better deal when you do spend money, or basically just living within your means because it’s a wise way to live?

A Formal Definition of Frugality

Frugality (also known as thrift or thriftiness), often confused with cheapness or miserliness, is a traditional value, life style, or belief system, in which individuals practice both restraint in the acquiring of and resourceful use of economic goods and services in order to achieve lasting and more fulfilling goals. In a money-based economy, frugality emphasizes economical use of money in meeting long term personal, familial, and communal desires.

Throwing all those words aside, let’s get down to the core fundamentals of frugality:

I’ll take a moment now to explain each:

Living Within Your Means

What does that really mean? First, let’s define “living” as:

The act of spending money, trading goods and labor or borrowing to obtain and use something of equal or greater value than what you gave or promised.

So “living” really just means that you’re going about your daily business of getting and using stuff. Ok, fair enough (for simplicity’s sake). So what are “your means”? Well, simply put, your “means” are:

Notice that I didn’t limit the definition to just money. I want you to consider everything you own, find or receive as a gift as possessions suitable for fair trade or barter. For most of us, we really only consider our income via paychecks, but remember that there’s a whole network in which you can trade your possessions, whether bought, gifted or found, for something you need.

One problem with dictating to others how they can live within their means is that we all have different means, and even if we have the same income and possessions, we probably have other forces acting upon our lives that affect how we live. Thus, no two people, couples or families are alike, and you must do a thorough assessment of your “means” to fully understand what you can really afford.

For example, you might make a six-figure salary in rural Iowa and have no debt, while I might make the same income in Washington D.C. and have a big mortgage, student and auto loans, and credit card debt. While our homes might even be valued the same, as is our stuff, I’m clearly living outside of my means compared to you, and may even be on a path to financial ruin.

So “living within your means” involves a number of factors and is a personal calculation, but is ultimately defined as earning/owning (outright) more than you spend or owe to others.

Being conscious of your incoming and outgoing funds

A budget is a tally of incoming and outgoing funds, and is often used to both track spending as well as place limits on spending in various categories (like groceries, clothing, dining, etc.). Check out my article for creating a budget for ideas on tracking your own income and expenses.

Many people have commented that “frugality is for tightwads” or something similar. When you’re recommending ways to save money on dining out, or how to reuse your plastic bags, it’s understandable to lose track of the dual purpose of frugality. On one hand, you’re living a thrifty lifestyle to save money either because you can’t afford to spend more, or because you want to have extra spending money for other pleasures in your lifestyle.

On the other hand, you’re being frugal so you don’t waste. Whether it’s because you want to help save our planet, or just to make sure there’s enough for your fellow neighbor, a frugal lifestyle is about much more than saving a few cents; it’s about being efficient and resourceful.

While I definitely promote the frugal lifestyle due to its money-saving attributes, I’ll also remind you of the value of reuse and recycling to both simplify your life and reduce our landfill population.

So now that you have a clearer understanding of what a frugal lifestyle is, follow Clever Dude to find out how you can begin (or continue) to live a frugal life!
Photo by Caitlinator