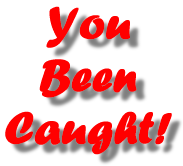 Two days ago, I wrote about being called by my boss about a questionable resume he received for a job opening on our project.

The applicant had included a section detailing a lot of major accomplishments he had done at one of my old employers, and I was tasked with finding out whether it was true. I had never heard of him, but I was only there for 5 months. I emailed the section of the resume and the applicant’s name to my old boss and coworkers to find out what they thought.

They replied back that they never heard about him and he’s lying about his resume. I waited for a few days and asked my old boss again whether there was any chance this guy could have worked in another part of the company.

My old boss stated that he started that group, all requests for work went through him, and he dug through his old records and nothing came up for this applicant.

But here’s the kicker
It hit my old boss where he saw that resume section before. He had helped another consultant that DID work at our company with his resume, and they matched up almost exactly with our suspect applicant’s claims.

So, it is now a DEFINITE fraudulent resume. And the best part is, we interview the guy today!

If anything newsworthy comes of this interview, I’ll post it.

Who else has run into false resumes? Have YOU submitted exaggerated, or even false, claims on your own resume?