No college degree? Hiring managers are looking for you! 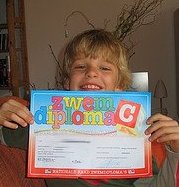 I had an interesting discussion with a coworker today. We were talking about higher education and employment, and he brought up his own thoughts on employees who don’t have a college diploma.

As a manager, he knew his workers who didn’t graduate college were limited in their mobility. He knew they probably couldn’t get better than what he was offering, and he could pay them less than market rates for those jobs (compared to a college-educated worker).

What were the negatives?
In his experience, he found that it was more difficult to find a high school graduate with the motivation to move up in his or her position. He admitted there was a reason they didn’t have a college education. You can read into that any way you wish (laziness, lack of opportunity, don’t care, or just misinformed), but the bottom line was that in a professional field such as IT management, you’re just not as respected without an undergraduate degree. It’s actually getting to the point where you’re looked down upon if you don’t have a masters degree!

The moral of the story
Although some people contest the value of a college education, I know I definitely wouldn’t be earning what I am without one. Some of you may be able to claim high salaries with only a high school diploma or GED, but you’re one of the few who broke through.

What do you think? Do you know people who have wasted a college degree? Or are you or someone you know (other than Bill Gates) making it big without a college education?