I tried to cancel our gym memberships… 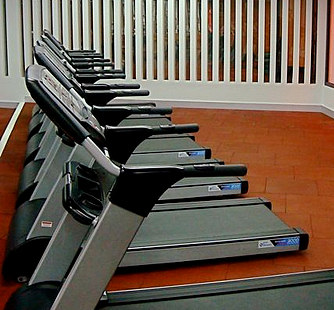 I really want to simplify our lives. We pay for services we simply don’t need or don’t use, and each one is one more thing I need to track each month, and worry whether it was paid or not. Also, service prices are only increasing every year, so if we’re not using it, then why keep it?

The day after I tried to cancel Vonage (and got 2 months free service instead), I called Bally Fitness to attempt to cancel both my and Stacie’s gym memberships. I’ve been a member since 2002, and Stacie joined shortly afterward. We each paid about $50/mth for 3 full years, and then once our contract was fulfilled, we automatically shifted to a MUCH cheaper price plan.

My price went from $50/mth down to about $8/mth and Stacie’s went down to about $12/mth. It was all a promotional deal, and both plans were subject to a maximum 10% yearly increase. Now we’re paying about $30 combined.

The problem? We never go to the gym. It’s just too inconvenient and we would rather do other things to exercise, especially in the summer. We go on walks, we swim in our pool, we sit and watch TV (wait, that’s not exercise). Also, I bought Stacie an elliptical trainer for her birthday recently from Craigslist (I would never buy one new; there’s just too many good, barely used ones for sale).

Lastly, my new employer has a pretty nice gym facility in my building and it’s free for employees to use anytime. They also have a locker room and showers, so I can exercise before work and wash up.

Whether it’s your local mom-and-pop gym or a national chain like Bally Fitness, all gyms know that once they get you as a member, you’ll probably never come back after the first month. They’ll lock you into a full year (or 3 years like Ballys) and they’re assured of getting that income, or at least a hefty fee for canceling early.

You’ll pay month after month thinking “I’ll go tomorrow” or “I’m paying for it so I should use it”, but never get around to using it. Then you feel guilty and think about canceling, but then you think “I would lose out on all that money I’ve spent so far…I’ll go tomorrow”. It becomes an endless cycle, just like it became for us. However, we had the other argument of “we pay so little, why cancel?”.

But with our little budding home gym and my own workout center at the office, I finally made the decision that it was time to cancel both our Bally memberships.

For those of you who have tried to cancel while you’re still under contract, you know it takes an act of God to get out of the contract. You need to move 2000 miles away from any gym, sporting goods stores or another human being, and then pay a penalty for canceling early (usually your first born child, or at least $50).

Luckily for us, we’ve been out of contract for years. But that doesn’t mean they won’t make it difficult for you to cancel. First, with Ballys, good luck getting through to the cancellation department. I tried for 2 days, and every time I called, it told me “the wait is longer than 30 minutes, try back at another time” and hung up on me!

When I finally talked to a human, they brought out the ultimate weapon: temptation. Just like Vonage, they tempted me to keep my membership by offering free months. In this case, they offered 3 months free for both of us. While I know our habits won’t change, I still took the bait and accepted. It’s nearly $100 in savings, but that doesn’t really matter if in 3 months I still need to worry about the bill getting paid.

But for those of you just paying for the gym every month without actually using it, consider dropping your membership and just going outside for walks or looking for cheap, used exercise equipment on Craigslist, eBay or yard sales. For $50 a month ($600 a year), you could build an amazing home gym that you’ll never use, rather than paying a company to not use their equipment!