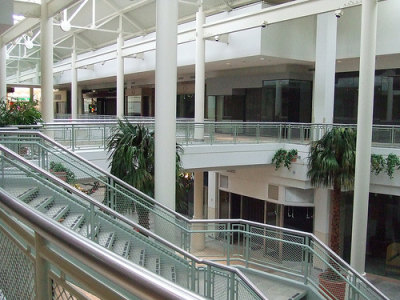 CNN just published a story about the decline of malls threatening communities, but they left out an important side effect of malls closing.

Before I tell you (or you guess from the title), I’ll recap the article. It talks about the huge number of stores closing in malls, thus threatening the mall’s overall stability, even causing many to close. But when a mall closes, it’s hard to start it back up. Consider that you need to reoccupy it with dozens of new stores and at least one or two major anchor stores.

The author ponder whether America is “Over-stored” and the market is just correcting itself, much like during the housing boom earlier this decade. Personally, I think developers got greedy and ignored what competitors were doing just on the other side of town. They didn’t think that perhaps there weren’t enough people in the community to support two, three or five malls at once. They had blinders on and were only looking at their own profit, while disregarding the reality that it was a short-term number.

I still see this happening with housing and office developments. We’re in the worst housing and economic crisis in decades, yet developers are still building giant condo complexes, office parks and apartment buildings. I just can’t see how there’s still a market, yet they keep building…and then complain when no one is buying.

But back to the original point, let’s discuss the side effect of closing malls that the author left out:

Back when I was a teen, I hung out at our local mall with my friends. It was the thing to do because, if you lived in central PA or any other semi-rural area in the country, the mall was the only place to go. Well, that and the movies, which were probably at the mall too.

We would go to people watch, pretend to hit on girls (I was too fat and dorky to actually approach a girl), play at the arcade and just generally lounge around and goof off. We would just walk back and forth through the mall for hours every day during the summer.

In recent trips to the malls in my hometown and my current home, I noticed that teens still “cruise the mall”, but not as much as when I was young because of the advent of the internet. But for all those little podunk towns where the mall is still the main gathering place for kids, where will they go if the mall closes? 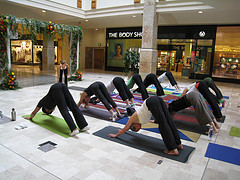 In my mid-teens, a new mall opened up about a mile away from the original mall. It was a longer walk for me to get to, but it quickly because the place to go. The old mall quickly fell to the wayside. The new mall had Boscov’s, BonTon, Sears and even Walmart (on the outskirts), while the old mall had, well, Kmart. Luckily we had a backup mall when the old one shut down, but today’s kids might not have that luxury.

If the economy continues its downward spiral, malls will become ghost towns, attracting only dollar store bargain shoppers and those old people in pink sweatpants who walk at 6am. Teens won’t want to hang out with grandma at Kmart, so they’ll have to find somewhere else to go.

And where will they go? Yep, you guessed it. They’re coming to your house.

Photos by karindalziel and andy54321