Save Money, Save Gas, Save Your Car’s Engine When Idling 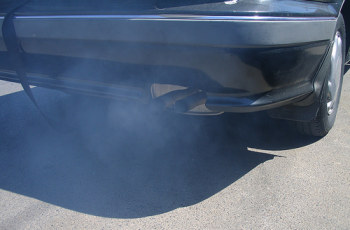 This is a reprint of my original guest post at Budgets Are Sexy, with a few edits.

Prior to starting CleverDude.com, I thought nothing of just letting the car idle when I was waiting outside of a store, parked in my driveway, or waiting to pick up my wife from work. But now that I’m focused on finance daily, either writing articles or working with our own money and budget, I look for ways to save money in the most common and uncommon ways. Well, this is one of those common, and common sense, ways to save money.

When I walk through the parking lot now, and see a car just sitting there idling (i.e. the engine is running for no reason), I just want to walk up, knock on the window and ask the driver (or passenger) why they’re doing it. I’ve refrained from doing so thus far only out of fear of getting mistaken as a carjacker and shot. So instead, I’m spreading the word here in hopes that at least one person turns off the car when idling. Not only will you save money and gas, but depending on how long you’re idling, you’ll save a bit of wear on your engine. And don’t chime in about the wear-and-tear on your starter; it’ll survive just fine.

Update: The rule of thumb is to shut off your engine if you know you’ll be idling for over 30 seconds. It’s not a firm number, just an advised threshold. Also, the argument that your car wastes more gas starting up only applies to older cars that use a carburator. Newer fuel-injected cars manage fuel during startup differently.

Update: I also found this interesting worksheet to calculate idling costs. I’m not sure how they came up with the usage numbers when idling (see table at end of PDF), but it’ll at least give you an approximate cost figure.

You don’t need to limit the times you shut off the engine to just when you’re outside the store or your home. Now, at traffic signals with which I’m familiar, I stick my truck in neutral and shut off the engine. The only reason I don’t throw it into park is because all my doors automatically unlock and I’d rather keep them locked for my protection.

Update: Some people have said shutting off your engine while in traffic is illegal in some states, and you can be ticketed. I searched but couldn’t find anything official, so if you know of states who will fine you for shutting off your vehicle while sitting at a light (I don’t mean while on the highway in bumper-to-bumper traffic), then please post the link to the applicable state law.

At the traffic light near my home, if I get the red light, I know I have at least 45 seconds of idling so shutting off the engine for that time is definitely worth it. I know when to start up the truck again by watching the pedestrian crossing signals and when they start flashing red. Some signals even give you a countdown which helps your timing even more.

There only one main argument against shutting off your vehicle while on the roadway: getting out of the way of emergency vehicles (or just getting out of the way). But here’s the thing; you have more than enough time from hearing the sirens to turning on your engine and moving. Personally, I’ve never been caught in this situation, but I have forgotten the truck was off once or twice and it was only a split second to start up and get moving. But check with your state and local laws to ensure you’re not breaking the law.

Getting Your Stuff Done BEFORE Starting Up

Lastly, how many times do you start up the car, then buckle up, then situate your cup of coffee, then adjust the mirrors, then plug in your phone to the charger, then blah blah blah. How about you take care of everything else BEFORE starting the car? All those seconds add up and keep in mind that it’s not just about saving money, it’s also about not wasting. I recall in driver’s education that you’re supposed to buckle-up before you start the car anyway. They dinged you on your test if you didn’t.

So overall, if you aren’t comfortable with turning off your car while stopped at a red light, I hope at least you’ll shut it off when you’re just idling in the parking lot or driveway.