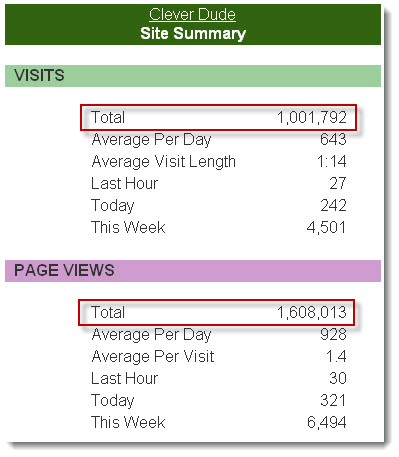 I started this site in June 2006 (over 4 years ago), but the first 6 months had almost no traffic. I hit it big in February 2007 with a few articles on The Consumerist and Lifehacker and I’ve been going strong ever since. I just wonder, if I hadn’t dropped down from 30-40 articles/month, how much faster would I have gotten to a million?